The Parody Wiki
Register
Don't have an account?
Sign In
Advertisement
in: Characters, Animals, North American Animals,
and 13 more

The white-tailed jackrabbit (Lepus townsendii) is nocturnal and lies up during the day in a form, a shallow depression in the ground hidden under vegetation, emerging at dusk to feed. The forms of this species range from 46 to 61 cm (18 to 24 in) long, 20 to 30 cm (7.9 to 11.8 in) wide, and up to 20 cm (7.9 in) deep.[8] Often, discernible paths lead away from the form and others among the plants at often-visited feeding sites. In winter snow, the forms are interconnecting, cave-like structures. This jackrabbit is a solitary species and feeds on grasses and other green plants, including cultivated crops. In southern Colorado, from summer through fall into winter, the diet varied from 70% (summer) to 4% (winter) forbs, 43% (fall) to 4% (winter) grasses and 76% (winter) to 7% (summer) scrubs. During the winter its diet includes buds, twigs and bark feed on off of low shrubs. It tends to be more selective in its feeding habits than the black-tailed jackrabbit which disadvantages it where their ranges overlap. It has good eyesight, excellent hearing, and sensitive whiskers and is probably able to detect olfactory clues as to whether another jackrabbit is ready to breed. 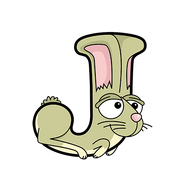 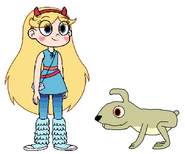