The Parody Wiki
Register
Don't have an account?
Sign In
Advertisement
in: Characters, Animals, Asian Animals,
and 66 more

At up to more than a tonne in weight, the wild water buffalo (Bubalus arnee) is a massive, powerful animal, with a wider horn span than any other bovid. Other names for this bovid species include Asian buffalo, Asiatic buffalo, and wild Asian buffalo. These crescent-shaped, ribbed horns are heavy-set at the base, tapering to a narrow tip, and are larger in males than females, sometimes spanning over two metres. Large, splayed hooves are also advantageous for walking in the muddy, marshy ground on which this buffalo grazes. The animal has a sparse covering of long, ashy-grey to black hair, with dirty-white ‘stockings’ up to the knees. The tail is relatively long and bushy at its tip, and a distinctive white ‘V’ marks the lower neck. 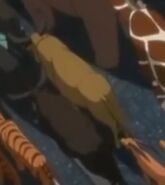 Jungle Emperor the brave can change the future (2009) 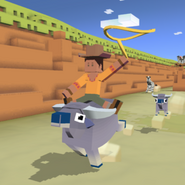 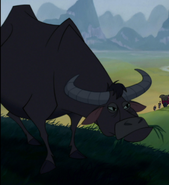 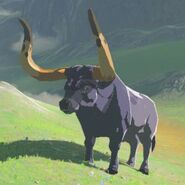 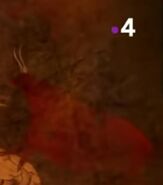 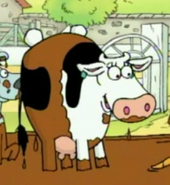