Willy the Killer Whale is the killer whale from the 1993 film, Free Willy, and it's sequels and it's animated TV show, Free Willy: The Animated Series.

He played Numbuh 101 in the Codename: Animals Next Door movie, Operation: Z.E.R.O.

He played the Beast in Beauty and the Orca

He played Shrek in Willy (Shrek) 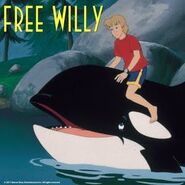 In a Free Willy: The Animated Series Poster

On a Volume 1 VHS 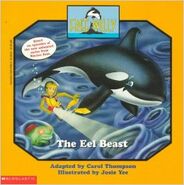 In The Eel Beast

Add a photo to this gallery
Retrieved from "https://parody.fandom.com/wiki/Willy_the_Killer_Whale?oldid=2272548"
Community content is available under CC-BY-SA unless otherwise noted.