Winter Squirrelly-Money is a character from her creators upcoming series "Lone Park" who the creator as a joke made a Happy Tree Friends version of her. Winter is known for being regularly used in Nemao's series: No Blood Allowed. Though her creator has taken a liking to Happy Tree Friends and will featuring her more in upcoming works.

Winter doesn't care; she loves to mess around with people and is content with her strangeness. She loves her dry and dark sense of humor and pretty much anything outlandish.

Though she doesn't have a voice actor yet, Winter is imagined to have a cute British accent.

Winter has a variety of interests. She is a musician most commonly playing punk and grunge. She's obsessed with pastel goth fashion as well as anything else considered gothic. She probably owns thousands of Jack Skellington and Edward Scissorhands merch.

Her job is being a chef, which she enjoys and puts a lot of effort into. Winter is also great at martial arts and while she doesn't often fight when she does she does enjoy herself and most of the time doesn't take it seriously; making puns and such.

Winter is the girly girl to her partners tomboy. Who hasn't yet been revealed.

Winter is more of a loner character with a few close friends. She tends to get along with people but doesn't hang out with others unless she really enjoys being around them.

Winter is pansexual and likes to flirt in a more playful yet still romantic way.

In Nemao's series Winter and Snowers are a couple. Winter, like with everyone, enjoys to mess with Snowers, however Snowers brings out a more sensitive side to Winter and she gets rather protective. This is where her more dorky personality is brought out. Snowers is a complete dork too, enjoying video games and anime/cartoons which Winter sometimes watches with him. Snowers is quite a shy character which Winter finds cute.

Though they haven't interacted much, I like to think Skaggles is the butt of most of Winter's jokes, which he doesn't really mind. Winter most likely shows off her more dorky side to him as well.

I'm tired I'll write this in the morning.

Characters Winter was based off 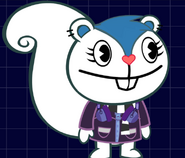 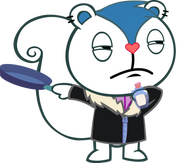 Don't mess with me.

What a lovely day. 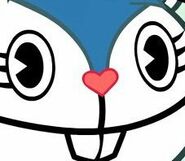 Winter with someone else 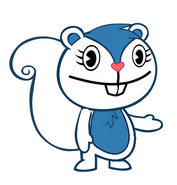 Rompo and Winter have given birth to Walter

Winter and Rompo are asleep 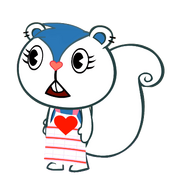 Retrieved from "https://parody.fandom.com/wiki/Winter?oldid=2079880"
Community content is available under CC-BY-SA unless otherwise noted.