The Parody Wiki
Register
Don't have an account?
Sign In
Advertisement
in: Characters, Animals, European Animals,
and 37 more

The wood mouse (Apodemus sylvaticus) is a murid rodent native to Europe and northwestern Africa. It is closely related to the yellow-necked mouse (Apodemus flavicollis) but differs in that it has no band of yellow fur around the neck, has slightly smaller ears, and is usually slightly smaller overall: around 90 mm (3.54 in) in length and 23 g in weight. It is found across most of Europe and is a very common and widespread species, is commensal with people and is sometimes considered a pest. Other common names for this rodent are long-tailed field mouse, field mouse, common field mouse, and European wood mouse. Wood mice inhabit forests, grasslands, and cultivated fields, tending to seek out more wooded areas in winter. Almost entirely nocturnal and terrestrial, wood mice burrow extensively, build nests of plants and live in buildings during harsh seasons. It is one of the most intensively studied species in the genus. In Europe it ranges north to Scandinavia and east to Ukraine. The wood mouse is also found in northwestern Africa and on many Mediterranean islands. Wood mice are primarily seed eaters, particularly seeds of trees such as oak, beech, ash, lime, hawthorn, and sycamore. If seeds are plentiful on the ground, they carry them back to their nests/burrows for storage. They may eat small invertebrates such as snails and insects, particularly in late spring and early summer when seeds are least available. Later in the season they will eat berries, fruits, fungi and roots. In winter, they may prey on hibernating bats. Wood mice are mainly active during the dark, probably having evolved so to avoid predation, employing several anti-predatory strategies, though breeding females may be more active in daylight in order to collect sufficient food. While foraging, wood mice pick up and distribute visually conspicuous objects, such as leaves and twigs, which they then use as landmarks during exploration. If a wood mouse is caught by its tail, it can quickly shed the end of it, which may never regrow. Despite its name, it prefers hedgerows to woodland. During the colder months, wood mice do not hibernate; however, during severe winter seasons they can fall into a torpid state, a decrease in physiological activity. 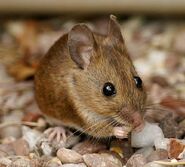 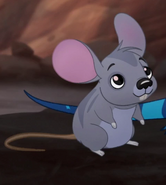 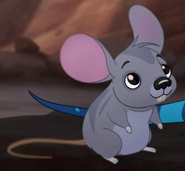