Gumball Watterson, the leader of The Billy Pack, is ostracized by various television characters for being the show's hero, while SpongeBob SquarePants is praised. After being excluded from the show's twentieth anniversary party thrown by the inhabitants, Gumball and Billy announce that the former is tired of being popular and his assistant Dexter will earn the residents' respect by receiving a metal cheese. However, SpongeBob reveals that Gumball is solving the mystery of Rob, a cyclops who attempts to take over the whole television.

Gumball and Dexter learn they and The Billy Pack can obtain a metal cheese from Nickelodeon. After disrupting a television session, The Billy Pack scale the channel's central beacon and obtains a metal cheese, to which Dexter collect it for his collection, but Dee-Dee inadvertently hatch a jellyfish. The Billy Pack and the jellyfish stumble into an escape pod, which is launched out of the channel, and crash land in Cartoon Network, specifically The Amazing World of Gumball, while they returning. With Gumball and his friends missing, the channel is labelled as malfunctioning and faces being banned. SpongeBob and his best friend Patrick Star, upon learning from Oggy that Dexter has purchased a metal cheese, ventures to Nickelodeon and allies with Squidward Tentacles to retrieve The Billy Pack and the jellyfish.

Darwin, Anais, Nicole and Richard Watterson steal Dexter's metal cheese to buy their way into the daily race that determines which characters are playable the next day, but Professor Poopypants, the ruler of The Wormy 500, forbids them from racing because Richard has getzes that cause him to erratically become an underdog. Gumball, the Billy Pack and the Wattersons agree to work together to retrieve Dexter's metal cheese and help them win a race. They revive Richard and hide out at the Wattersons' house, where Gumball and the Billy Pack show them what Richard is. Poopypants hacks the show's code to obtain Dexter's metal cheese, and offers it to Dexter in exchange for preventing the Wattersons from racing. He claims that if they win and become playable, Richard's getzes will lead to The Amazing World of Gumball being banned; unable to leave the show because of her "getz", Richard will be replaced by a new adult cat-like father version while Poopypants and other residents celebrate in the television. The Billy Pack reluctantly agree and Gumball destroy his father. Heartbroken, the Wattersons declare he "really is a bad boy" and run off distraught, forcing Dexter to put a metal cheese right to his collection. This causes Gumball to become depressed for his actions.

Meanwhile, SpongeBob, Patrick and Squidward search The Amazing World of Gumball for Gumball and the Billy Pack. SpongeBob and Patrick overwhelm with Squidward, but he abandons then when they inadvertently remind him of Squilliam Fancyson knowing SpongeBob's name which is being destroyed in his mind. Gumball and Dexter reunite with them and the Wattersons, and SpongeBob and Patrick are impressed to revive Richard. Squidward discovers a swarm of jellyfish eggs underground, which hatch and start devouring the show.

The Wattersons participate in the race, but are attacked by Poopypants and Rob, the latter of who took over The Amazing World of Gumball. Gumball, Dexter, SpongeBob, Patrick and Squidward evacuate the show, but Richard is trapped due to his getzes. When Squidward points out that the jellyfishes can be attracted and destroyed by a beacon of light as in Nickelodeon, Gumball decides to make the junkyard erupt, replicating the beacon. He is cornered by Rob and Poopypants, now fused with the jellyfish that devoured them. Gumball makes the junkyard erupt and falls into its depths to sacrifice himself, but the Wattersons save him. The volcanic beacon destroys the jellyfishes, Rob and Poopypants.

The Wattersons cross the finish line, rebooting The Amazing World of Gumball and restoring Richard's status and memory. Dexter, SpongeBob, Patrick and Squidward return home and the channel is spared. Gumball gains popularity as a playable character and gains respect from the various characters. 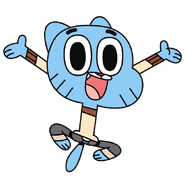 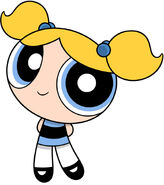 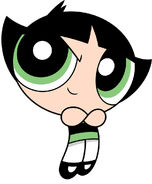 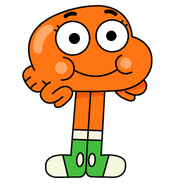 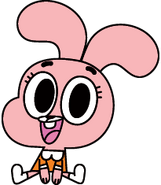 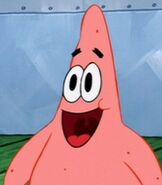 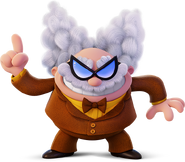 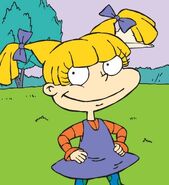 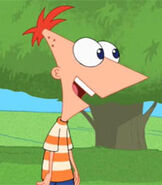 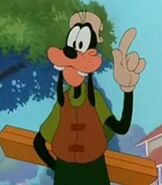 Sergeant Tamora Jean Calhoun
Add a photo to this gallery
Retrieved from "https://parody.fandom.com/wiki/Wreck-It_Cartoon_Network?oldid=1882455"
Community content is available under CC-BY-SA unless otherwise noted.