The Parody Wiki
Register
Don't have an account?
Sign In
Advertisement
in: Characters, Creatures, Mythical Creatures,
and 64 more

The Wyvern (meaning serpent or worm) is a dragon-like being first originating in European folklore. The Wyvern is the typical, greedy, fire-breathing dragon. This legendary creature is usually defined as a sub-species of dragon, or at least dragon's close kin. The dragon and the wyvern share many similarities in appearance. Like the dragon, the wyvern is rendered as a winged reptilian creature. It is distinguished by its possession of only two legs and a single pair of wings. Occasionally, a variant such as the sea-wyvern will possess a fish-like tail. More frequently, however, the wyvern's tail is drawn with a barb or a spade at the tip, which is sometimes considered poisonous. The wyvern may also be illustrated as having the claws of eagles. Wyverns are also smaller than dragons, the largest on record being approximately 18 foot (5.4m). Wyverns will protect their gold at all costs, even if it means he will die or kill another. Wyverns are very greedy, they will even steal gold from other wyverns. Wyverns have particularly aggressive natures with no timidness and will basically seek out and attack anything in sight that it perceives to be a threat or a tasty morsel. In fact they have fox like characteristics in that they often slaughter just for the sake of it, and not out of necessity. Hunting tactics differ from dragons, All prey is 'snatched' and carried off to the lair alive, then killed and devoured. They will, like dragons, spot prey from a high airborne position but will also stalk and attack from the ground. They have similar 'magpie' tendencies as Dragons, attracted to shiny and unusual objects which they collect to adorn their lairs, but where as Dragons tend to hoard jewels and precious metals of which they have great knowledge, Wyverns will take just about anything, which tends to be just rubbish and so the lair are basically tips and undesirable stinking places to happen across. 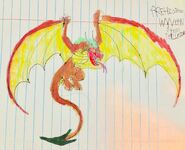 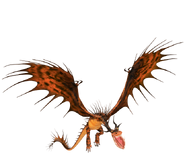 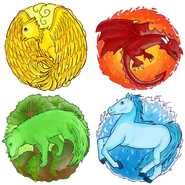 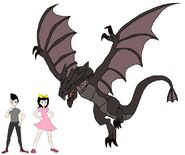 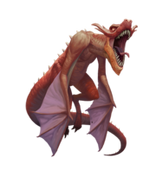 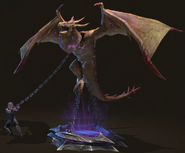 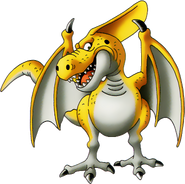 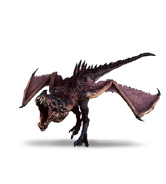 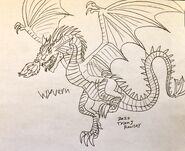