Zoe Orimoto (織本 泉 Orimoto Izumi) is a fictional character in the anime series Digimon Frontier. She is one of the "DigiDestined", children who were chosen to receive the ability to transform into Digimon in order to save the Digital World.

S5E02 entitled That Woman, she was a promiscuous student which she believed that God loves anyone on how they are look and also an honest girl which was the reason that her 4 friends from the Hearts Wait Club hold a grudge to her after she exposes their secrets in their campus, reason enough to stoned her to death without fighting back. Her ghost will be seen wandering around the crime scene where her remains was found by Det. Lilly Rush (portrayed by her fellow Digidestined Yolei Inoue). 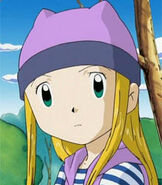 Zoe Orimoto in the TV Series 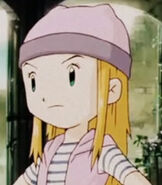 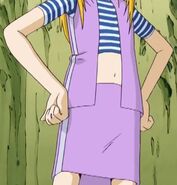 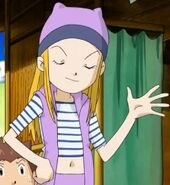 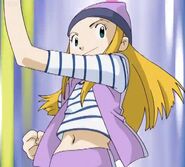 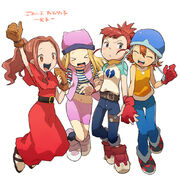 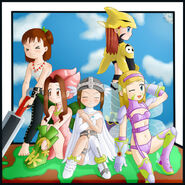 Add a photo to this gallery
Retrieved from "https://parody.fandom.com/wiki/Zoe_Orimoto?oldid=2168981"
Community content is available under CC-BY-SA unless otherwise noted.